No bona fide clairvoyant known to me sells products.

In recent months there was a wave of media interest in the hardly newsworthy activities of Bella Thorne.  Almost every day saw a new headline about something she had done, usually involving lewdness.

Prior to that, for months there was a wave of media fixation on Alexandria Ocasio-Cortez.  Three or four headlines with her image would appear one after another.  I came to suspect some lewdness here, also.

The latest wave confronting me: on FaceBook, I’m being bombarded with ads for products that, the sellers say, will let me use “the law of attraction” to “manifest” anything I may desire.  The law of attraction states that sustained, focused attention to anything you may imagine, will tend to draw that thing to you in real life.  This is actually a feature of my own belief, and I have implicitly referred to it in many posts.  But I don’t believe in devices or instantaneous results.

I don’t normally like to dispute others’ beliefs, but this stuff is actually giving me nightmares.

One seller after another tells the same story.  A rapid-fire series of personal disasters left the seller despondent.  Then the seller discovered the law of attraction.  Within a few days, the seller’s problems were all solved.

The seller’s recordings begin with sounds that will propel you to the theta state.  Then subliminal suggestions will erase all negative or self-limiting thoughts from your subconscious, and rewire your brain.  As one seller says, the only work you have to do is press “play.”

They claim scientific basis for this or that.  I know of no such science.  The fact that needy people have dark auras confronts me almost every day, but there is no scientific evidence of even the existence of any aura of any kind.

plainly says he’s selling magic.  He has nearly a dozen websites; the sheer amount of text involved boggles my mind.  He makes outlandish claims with no substantiation.  He appeals relentlessly to greed.

claims a personal, in-the-flesh encounter with the archangel Michael.  She specifically discounts other modalities, including binaural beats and meditation.  She says evolution has hard-wired us for negativity.  She cites some scientific studies, but does not tell how she became aware of them.  She says if you use her products long enough, you’ll obtain your “Vibration Wings,” a heightened spiritual state from which you never will come down.  Her video lasts 45 minutes.

I don’t know much about him, but he’s another.

Can you buy answered prayer?

Ambrose Worrall famously said, “Every thought is a prayer.”

He never suggested you buy anything.

I depart from Worrall and many other authors, including all the sellers here, in that I focus on feelings rather than thoughts.  I perceive that we create with our desires.  As far as attraction goes, the movement of the soul, there is no motion without emotion.

And emotion also motivates activity, optimally activity consistent with one’s desires or goals.  Thus in practical terms does one move toward one’s goals.

I am not a man of strong desires.  My circumstances aren’t changing, because I have little actual desire that they do.  Instead, for decades, my strongest desire has been that I change, that I be and become the most honest, loving person I possibly can.

I have every reason to believe those prayers are being answered.

Almost all the below screenshots were collected in five minutes on 12/02/19.  They don’t include all the authors I mention.  Click/tap on any image to view full size. 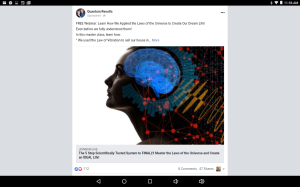 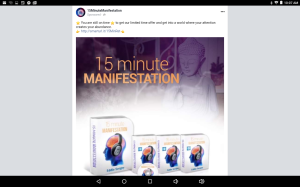