Some generations are just more religious than others, some less.  The worldwide indifference of millennials towards faith may not spell the end of religion; it may just represent the influx of a large group of souls who happen, as a group, to be less religious than others.

This, along with the prospect of a forthcoming post about auras, recalled to me the supposed influx of another cohort of souls: the indigo children. 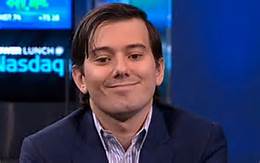 A decade ago there was a huge flurry of interest in the notion that children being born from 1982 forward included a very large portion of “new kids,” “indigo children,” in whose auras the color indigo was predominant.  On the one hand, any such thing does not jibe with what I presume to know about auras.  On the other hand, this did nothing to dissuade the believers.

These “indigo children” were said to be exceptionally highly evolved souls, whose wisdom far exceeded their years — and their parents’ years, too.  They were essentially being born with fully-developed adult personalities, well aware of their mission in life, and thus correctly dismissive of any parental authority.  They had come to lead humanity into the glorious New Age, and it was incumbent on the rest of us to step back and let them take over.

A video the believers produced identified, as one of the indigoes, a Christian mystic, visionary child prodigy painter named Akiane Kramarik.  Though her reports of her visions persuaded her family to believe in Jesus, it appears she has since become reticent about them; as is common with mystics, who face hostility from fundamentalist Christians and fundamentalist New Agers alike who insist that the mystic’s Jesus must meet their own expectations.

It came as no surprise to me at the time that P.M.H. Atwater jumped on the bandwagon.  She identified Dylan Klebold and Eric Harris as both indigoes.  As with many things she’s written on many subjects, I wound up scratching my head, asking, “How does she know this?”  There’s never an answer.

Similarly, as to my question at the outset.  Where are they now?  There may be no answer.

Related:  Little Boy Blue
Related:  The New Age is a lot of hooey